Thank you for your patience while we retrieve your images.

https://www.finnfestlb.com/
The Dorothy Finn foundation was created to honor the memory of Dorothy Hickey Finn a lifelong tap dancer teacher and animal rights supporter.
​
The Foundations' primary goals are to raise money for non-profit animal rescue groups and to purchase art supplies and musical instruments for children who are economically challenged.
Dorothy Finn resided in Long Beach NY for forty Five years and spent her entire life as a tap dance teacher. She began dancing at the age of four in New York City “The Big Town” as she like to refer to it and teaching at the age of twelve at The Henry Street Settlement House. Her teacher was the famed Henry Le Tang.
After settling in Long Beach with her husband Charlie Finn a New York City Police Officer and two Children Brendan and Nonie, Dorothy continued teaching children in her basement and choreographing dance routines for charitable fundraisers such as The Men’s Club of St. Ignatius, The Catholic Daughter’s society and Project Challenge. She also continued teaching in Manhattan at the request of her brother and actor the late William Hickey of Prizzi’s Honor and Christmas Vacation fame.
​
Throughout her life Dorothy volunteered her time in many charitable endeavors and spent many hours at the Humane Society feeding homeless dogs and cats, cleaning the cages, collecting money and finding homes for them. Dorothy danced well into her 80”s entertaining at local nursing homes and the Veterans Hospital.
​Your donations go a long way!

The foundation has donated to the following organizations:
Bobbi and the Strays Animal Rescue, Catskill Animal Sanctuary, Second Chance Animal Rescue, and Little Flower Orphange of Long Island.
​
For more information about the Dorothy Finn Foundation please email your inquiry to 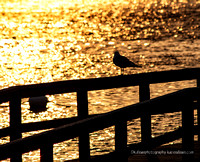 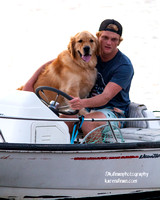